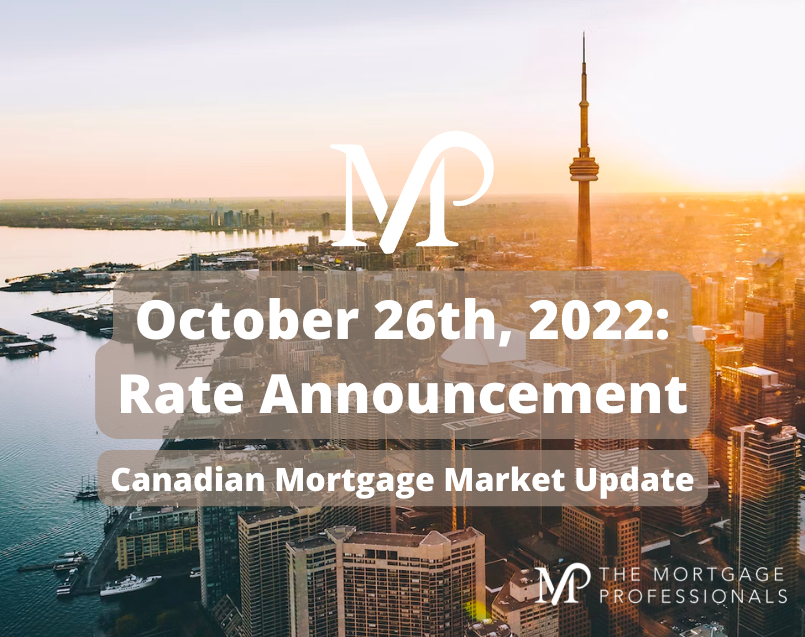 This is the sixth rate increase since march 2022.

As experienced by many Canadian mortgage holders this past year, interest rates have increased to never seen before highs. Since the first rate hike in March 2022, a variable-mortgage holder’s monthly payment has raised approximately $194 for every $100k borrowed. Meaning someone with a mortgage of $500,000 has seen their monthly payments increase by $970.

The hardship seen in Canadian households can be seen in the current real estate market across all major cities. Since February 2022, the average home selling price has decreased by more than 20% and sales have decreased by 24%. In September, the Canadian Real Estate Association released that the number of homes that sold on the real estate group’s Multiple Listing Service (MLS) had continued to diminish for six consecutive months. 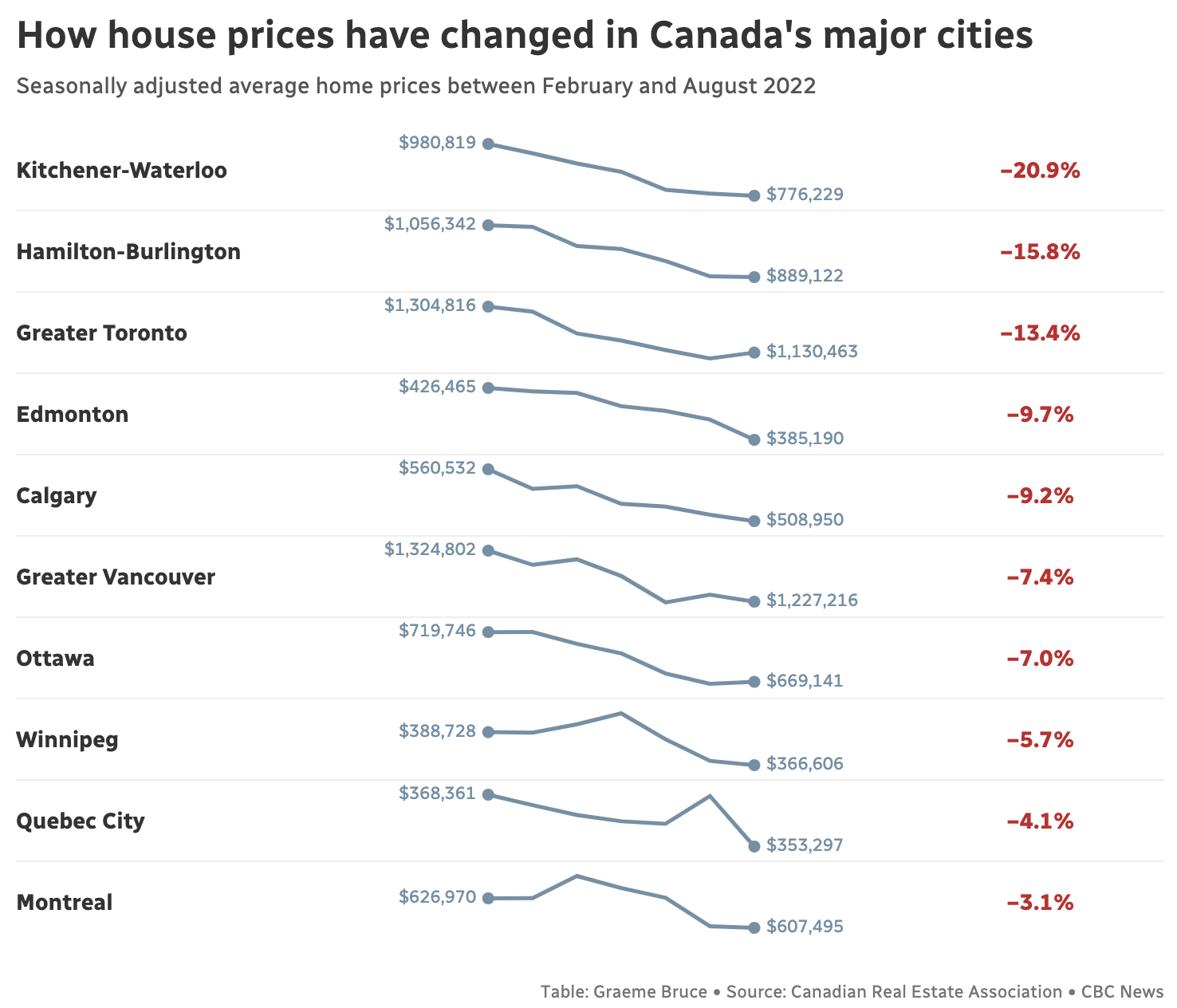 Quick Recap on the Bank of Canada’s last announcement on September 7, 2022:

As we know, after slashing the Prime rate to near zero in 2020 to help stimulate the economy in the early days of the pandemic, Canada’s central bank has moved aggressively to raise lending rates to try to cool red-hot inflation, which has risen to its highest level in decades. The Bank’s decisions to do so have not gone unjustified. Headline inflation has slowed from 8.1% to 6.9% over the past three months. However, it is reported that this drop is primarily due to the fall in gasoline prices.

“Today, we raised the policy interest rate by 50 basis points to 3.75%. Quantitative tightening continues and is complementing increases in the policy rate. We also expect our policy rate will need to rise further. How much further will depend on how monetary policy is working to slow demand, how supply challenges are resolving and how inflation and inflation expectations are responding to this tightening cycle.”

Tiff Macklem, the Governor of the Bank of Canada, explained in this morning’s press conference that their reasonings for the continued rate increases are justified. In summary, he states the following as the main arguments for their decision:

However, the governor concludes his statement with the simple truth– There are no easy outs to restoring price stability. Due to the continued high levels of uncertainty, both from global supply chain disruptions and from the war in Ukraine, it is important that the Bank of Canada finds a healthy balance between over and under-quantitative tightening. If the government doesn’t intervene enough they risk creating an environment of increasingly high inflation. However, if they intervene too much, they risk slowing the economy more than it currently has. Which has harmful consequences on people’s ability to service their debts– such as their monthly mortgage payments.

Most variable-rate mortgages give borrowers the option to keep their payment fixed, even if the rate changes. As interest rates increase, the amount of each payment that goes to paying down the principal gets reduced, while more and more goes toward the interest. That extends the length of the loan, even as the size of the regular payment doesn’t increase. Eventually, that spread becomes so large that the loan payment becomes interest-only, at which point the payment terms have to be adjusted. This is called the Trigger Rate, and it has become a term that more and more Canadians are becoming all too familiar with.

The bottom line is that if you secured your mortgage between 2020 and 2021 and received a significant discount off of the prime rate, then you will most likely be getting a letter from your lender with the following 3 options:

You can read all about Trigger rates and what to expect when you reach yours in one of our recent blogs: Everything you need to know about Trigger Rates

A 50 bps rate hike is still an aggressive move, and the implications are considerable for the housing market. The prime rate will now quickly rise to 5.95%, increasing the variable mortgage interest rate another 50 bps, which will likely take the qualifying rate to roughly 7.5%.

Barring substantial further weakening in the economy or a big move in inflation, we expect the Bank of Canada to raise rates again at the next rate announcement in December by 25 bps and then again once or twice in 2023. The terminal overnight target rate will likely be 4.5%, and the Bank will hold firm for the rest of the year. Of course, this is data-dependent, and the level of uncertainty is elevated.

If you want to learn more, check out Dominion Lending Centre’s very own economist, Sherry Cooper’s youtube Channel where she breaks down all of the Bank of Canada’s announcements: Watch here.

Give your Mortgage Professional a Call Today

Understanding all the recent rate increases can be challenging. It may feel as if finding a solution to your current situation can be difficult. There are many individual factors that will affect your mortgage. If you would like to schedule a consultation, or simply want to give us a call, we are happy to help in any way we can. Even if it’s to provide a little peace of mind during these complicated times.

Contact Darcy Doyle at the Mortgage Professionals today by calling 604-889-7343 or send us an email at darcy@themortgageprofessionals.ca