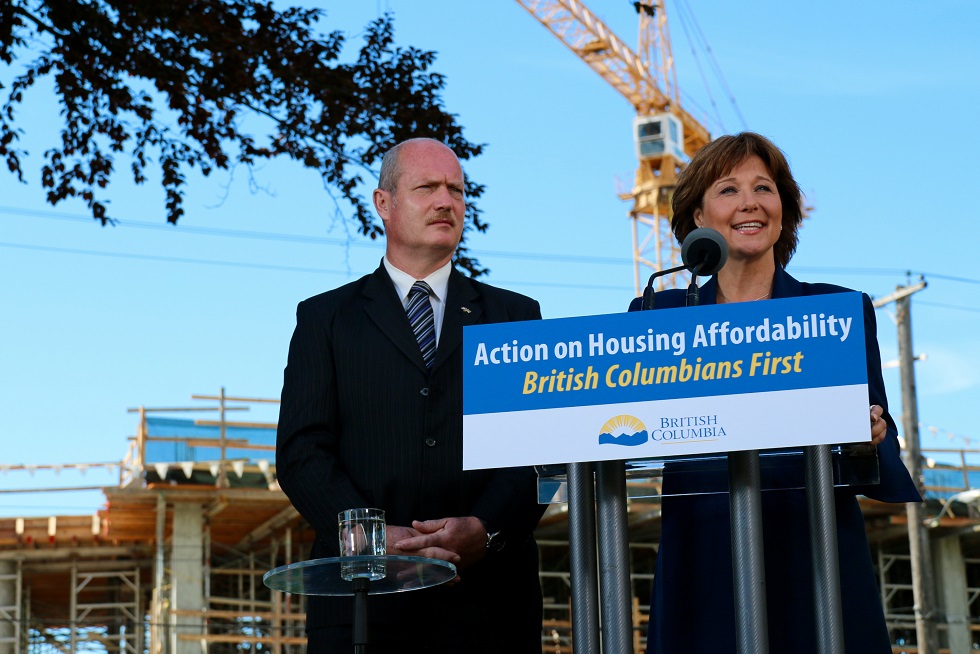 As part of an effort to make homeownership easier and more affordable to Canadians, the BC government has introduced a new tax that shall be applied to foreign nationals purchasing a property. The imposition of this 15% property transfer tax, in addition to regular transfer taxes applied to home purchases, will create much higher tax rates for foreign nationals and organizations than those for local residents and citizens. The new tax has been placed into effect as of August 2nd, 2016.

Over the last fiscal year from June of 2015 through June of 2016, purchase prices rose over 30% in the metro Vancouver area, bringing the average price of a single detached home to just over $1.5 million. With the market booming, offshore investors have their interests peaked and have been avidly purchasing in the area to profit from such incredible returns. Homeownership has become unaffordable for many Canadians, the majority of which are resorting to renting. With such an influx of renters into the rental market, though, vacancy rates at an average of just 2% put both the rental and the purchase housing market into a crisis. There simply isn’t enough housing supply to meet the growing demand in the real estate market.

Such a spike in new home prices has had unintended outcomes for homeowners. As property values are rising, so are the rates at which they are taxed. A homeowner who originally bought their home paid taxes on the value at the time of purchase. However, as property values rise, so do the taxes that are billed as they are billed on the increased value of the home. Many homeowners are experiencing a spike in their tax bills which cause the cost of owning a home to rise significantly. Ownership is becoming farther and farther out of reach for many Canadians.

What the market is experiencing is an influx of foreign investors buying residential property due to such significant increases in value over such a short period. Investors are attracted to the aspect of having a property that will grow in value at a much higher rate than most other trade markets are performing, and thus, producing a higher return on investment in a shorter period than is offered by many other investments, both secured and unsecured. As such, there is not necessarily an influx of people moving to British Columbia, as much as they are just buying up the houses as investments. Often, the homes will even sit vacant. However, this is taking a potentially available unit off the market, thus making it unavailable for citizens and residents who seem to be experiencing a widening gap of unaffordability in the housing market.

Unfortunately, what also happens quite often with foreign investors who have no intention to occupy the property is that they buy it, removing it from the market, but often they do not make the home available for rent either. A significant amount of the home is sitting vacant because investors are waiting for values appreciation before they sell the home at a much higher price when timing permits. This practice is further perpetuating the housing crisis in Vancouver by driving prices up. Decreasing vacancy rates are making the rental market competitive almost beyond manageability for local families.

Those affected by this new tax will be any foreign nationals who are neither Canadian citizens nor permanent residents and who are purchasing property in the Greater Vancouver Regional District. This also includes any foreign corporations unless they were incorporated in Canada and even those that have been incorporated in Canada but are run by a foreign national or foreign corporation. The same tax will be applied for foreign trustees, as well as those foreign nationals who are listed as the beneficiary to a trust. This same rule applies to corporations, which are listed as beneficiaries, who hold an interest financially in any newly purchased property.

Transactions that would have otherwise provided a loophole have been considered in the implementation of such regulations and included in the new taxation strategy as well. Before the new tax, exemptions were allowed for transfers of titles to be made between individuals, and that wouldn’t involve the purchase or sale of property, and as such, would not be taxed. Such transactions between any eligible entities will now be included and taxed, according to this legislation. Also, falling under this category are any legal transactions resulting from an amalgamation that involves residential property. Such transfers between eligible parties, for this reason, will be taxed accordingly under the new rate of an additional 15%.

The way that the tax is being calculated is that an additional 15% of either the entire property purchase price or the 15% of the foreign national’s share or vested interest in the property. Foreign corporations will also be billed an additional 15% of whatever their share is in the overall purchase of the property. The tax applies to residential purchases only. For example, a foreign national purchaser buying a residential home in Vancouver for a listed price of $2 million would be liable for an additional tax of $300,000.

The general property transfer tax ranges from 1-3 percent compounding based on the value of a home. The way that it works is that the buyer is charged 1% for the value of the home up to $200,000. They are taxed at 2% for any value more than $200,000 that is below $2,000,000. Any home value more than $2,000,000 is taxed at a 3% rate. Using the previous example of a home of $2,000,000, the first $200,000 would be taxed at a rate of 1% for a total of $2,000. Then, the additional $1,800,000 would be taxed at 2% for a total of $36,000. Thus, the total amount of general transfer tax that would be billed is $38,000. This, in addition to the new 15% tax, would make the total amount of transfer tax paid at the time of purchase on a $2 million home $338,000. There is speculation that the imposed tax will slow the rate of off-shore purchasing as the area continues to develop and build new units to meet the ever-increasing demands. However, economists are unsure if the tax will have the intended impact. If the market continues to grow at such incredible rates of return, the tax would have little impact on the overall investment and, as such, may be a nil point for offshore prospecting investors.

General property transfer taxes will continue to fund housing initiatives in Canada. Additionally, the proceeds from the new transfer tax will be put into a “Housing Priorities Initiatives Fund.” The fund will work with the lower-income population to help meet its housing needs through rental assistance programs and other provincial housing programs. Low-income housing programs allow renters to pay a portion of their income for rent. These programs offer subsidies to make housing more affordable and keep families off of the streets. However, with the growing amount of renters and the affordability gap becoming vaster and vaster, even these government-funded programs intended to help are seeing more people than they have the capacity to house. Waiting lists are amassing, and the length of time it is taking to get into such programs is becoming longer and longer because they simply do not have the funding capacity or the units in which to house people.

Speculators are now curious to see how the government intends to enforce such a strategic tax. To achieve the intended outcomes both of additional revenue to help residents and slowing the market, this tax will only be as effective as the enforcement of such a strategy. A system has been set up so that foreign nationals are required to file an additional form FIN 532, or “Additional Property Transfer Return,” at the time that they file the “General Property Transfer Tax Return” with the Title Office. Essentially, foreign nationals will be responsible for making sure that they are aware and in compliance. There is talk of implementing a system for regulation and compliance, but currently, it is a self-reporting system. Hefty fines are in place in excess of $100,000 in addition to incarceration for any person or corporation that is found to be in violation.

The government is further examining other strategies to address the housing crisis. There is a talk of implementing additional taxes on both residents and foreign nationals for units that are vacant and not being made available to the rental market or for purchase. Additionally, the government is working quickly to build more units in the area. It is offering incentives to buyers who are citizens and residents to help provide much-needed units and bridge the gap of affordability for homeowners in the Greater Vancouver area.